What Went Wrong: My Path to Retirement Got Way Too Bumpy 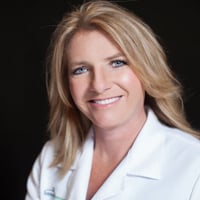 Retirement should be a well thought-out event that you take ownership of. To truly take control of your future, retirement planning should start years – even decades – before you anticipate finishing your career.

Here are two scenarios that illustrate what happened when a doctor did not completely think through their exit plans, along with suggestions to help you avoid the same fate.

Scenario one: I expanded when I shouldn’t have

Dr. Eric was providing high quality dental care to his patients of 15 years in his four-operatory practice. He had more new patients than he could handle, due in part to the multitude of PPO plans he participated in. He felt a bit strung out trying to please everyone and decided to bring in an associate.

A consultant quickly recommended that he expand his office space to add additional operatories to accommodate a new dentist. He and the consultant found the perfect property, and Dr. Eric invested a significant amount of money to design and build out the space. He was thrilled with the way the space looked and now had 12 state-of-the-art operatories with updated equipment.

With the consultant’s help, he set out to find the perfect dentist to help serve his growing patient base. He excitedly interviewed a large number of potential candidates and found a great addition who fit his vision of seamless integration of philosophies and patient care.

Despite the great fit, Dr. Eric quickly discovered that he was not happy with the responsibility that came with the increased staff and the loss of control over the treatment of each patient. He was very fond of the associate and could not fault her dental care, but he just did not enjoy being the owner of such a large operation.

For years, Dr. Eric tried to find contentment with the situation. Instead, he just felt burned out and unhappy. He tried everything to make the situation work, including selling half of the practice and handing off some of the responsibility.

When it came down to it, Dr. Eric realized that he was not happy in the larger office setting and preferred the small-town feel of his previous office.

However, with college-bound children, he felt stuck. He stayed with the practice for ten more years before selling the rest of the practice to his partner. Today, he is still trying to find the passion that he had early in his career and is considering purchasing a four-operatory practice.

Dr. Eric may have had more success if he had considered his own preferences and personality before deciding to expand. As a dentist, he is at his best when working independently and really does not enjoy the responsibilities associated with managing other dentists and staff.

Before deciding to expand, consider your own preferences and personality.

He had other options that may have been worth considering. For example, he could have examined his accepted PPO plans and dropped the ones with the lowest reimbursement rates. This would have decreased the new patient volume and increased his reimbursement while maintaining the current office footprint. Eventually, he may have made it to a totally fee-for-service practice with all internal referrals!

He could have consulted with his accountant and financial advisor to determine the ideal retirement timeline based on his financial needs. Charting out the timing of his children’s educations and other factors may have allowed him to sell the entire practice for maximum value at the appropriate time. This would have allowed him to enjoy his dental career while maximizing his profitability. Plus, by selling 100% to a new owner, he would have avoided the responsibility for additional dentists and staff – and a practice style that just did not suit his personality.

Scenario 2: I needed my practice sale to retire in style

Dr. Simone practiced in a town about 40 miles from an urban area. She knew that she needed to obtain a certain price for her practice to fund the retirement she and her spouse had always envisioned. Since the practice provided a nice income, she just worked the hours that made her happy and did not invest much in improving the practice.

When Dr. Simone decided that she wanted to retire in two years, she put it on the market figuring that it would take time to find the ideal buyer. Only one dentist showed interest during a full year of listing, and he went away after a cursory look. She was devastated. The practice had plenty of patients and lots of potential. Why wasn’t anyone interested?

She elected to have a full valuation done and found that the decreased office hours, condition of the premises, and location were all working against her. The valuation returned a number much less than she had anticipated – and not enough to support her preferred lifestyle.

This put Dr. Simone in a quandary: should she reduce the price and hope for increased interest? Or increase the value of the practice by updating the office and equipment while working more hours for five years to increase production and show growth? (See more about preparing for a practice valuation and coming to a fair price.)

Dr. Simone ultimately decided against improvements and accepted a greatly reduced price from a local buyer who appreciated the potential and small-town lifestyle. She ended up taking on part-time work in a Federally Qualified Health Center to supplement her income.

Dr. Simone made some significant miscalculations in her retirement planning, leaving her with some unexpected decisions about her future.

The situation could have been avoided if she started planning for retirement earlier. Rather than working with a financial advisor to build a diversified portfolio, the majority of her retirement hinged on the income from the practice sale.

Start planning for your retirement early and build a diversified portfolio.

Ideally, dentists have their retirement set without depending on the practice sale. If she had done this planning, Dr. Simone could have practiced until she was mentally and physically ready to bow out and then sold the practice to the right person for whatever they both felt was fair. This kind of planning can also protect the dentist against an unplanned early retirement from illness or a change in circumstances.

Another issue was not updating the décor and equipment. The ‘curb appeal’ of the practice can make or break a practice sale, particularly in a less desirable area. (See 5 easy tips to boost your practice’s curb appeal.)

An outdated practice that did not show well, combined with decreased production due to low working hours, all in a less-than-ideal area, put Dr. Simone in a tough spot.

At the end, Dr. Simone was very fortunate that she was able to find a buyer for this practice. Many dentists in this situation end up shutting their doors at retirement with no one to continue their legacy – or serve their patients.

Ultimately dentists need to take control of their futures by understanding the ramifications of the decisions made during the course of their careers. To be happy in your decisions, know your tendencies and plan appropriately.

At ADA Practice Transitions, we can help you think through your exit plan so that you are prepared to find a buyer who will continue to serve your patients and support your future goals. If you’re considering retiring in the next three to five years and have the space, patients, and desire for an associate, start your profile today.

What Went Wrong Wednesdays: My Restrictive Covenant Was Too Restrictive

Many dental contracts include some version of a restrictive covenant, also called a non-compete clause. These clauses prohibit an employee from practicing within a specific geographical area (typically a defined radius) for a certain period of time after leaving a practice. These covenants generally also have a non-solicitation clause that will bar an associate from directly soliciting the employer’s patients or other employees.

This clause helps protect an owner dentist from competition – but it can also limit an associate’s career movement.

What Went Wrong: The Practice Wasn’t Ready for an Associate

Dental practices can grow slowly over several years – then suddenly reach a tipping point where an owner feels they need to hire an associate ASAP. But it is important to prepare the practice before hiring anyone.